and other stories about how to get THERE from HERE 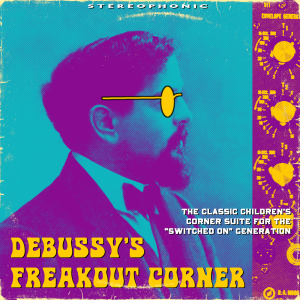 So, wow, where did February go? It’s flown by, or in my case FLU by. After completing the work on my writing course and sending it off to the potential publishing partner for approval, I heaved a sigh of relief, which quickly and unexpectedly turned into a heaving cough. After a week or so of the worst influenza I’ve had since the Beatles had all their own teeth, I was done in.

I suppose I had it coming. As a person who likes to keep in touch with his body, monitor my various body states and keep in tune with my senses and surroundings, I should have known I’d slump after working so hard and long hours and NOT (I freely admit) taking very good care of myself. I paid the full price with no discount for former good behaviour in the form of flu.

My senses were all but dull thudding appendages, touch was painful, my hearing a muffled roar, my sense of smell gone, my sight blurry and my mind, a previously orderly stack of what I’ve done and what needs to BE done… was like a library full of sacred texts besieged by mischievous squirrels.

Every time I closed my eyes I found myself having conversations with fictitious persons, having tea with them on occasion, and my following vague moments of lucidity were wasted thinking “what the HELL was all that all about…?” So I swerved in and out of proper consciousness, but in my coherent and pain free times I tried to read and watch films. God bless the Infinite Internet for your twinkly endless trove of information, ideas and inspiration.

Oh and god bless Apple’s little iPad and your flu friendly interface, an easy to browse device for those not in their right mind, and durable enough to slide out of my insensible, palsied, and sweaty hand onto the bedroom floor without breaking (unlike my mind which was brittle as sugar glass) the facts I learned and the ideas I had all too readily shattered into a hailstorm of unreadable shards, leaving painful needles in my brain rather than useful thoughts…

Then I slept for days on end. Feverish dreams of writing and teaching, hot sleepless nights of twisting in the covers, trying to find the one cool spot to bring me otherwise elusive solace and peace.

Then one day to my surprise I woke, dry, refreshed and actually conscious. I walked to the bathroom, washed and shaved with a fresh blade in gorgeously hot soapy water. I dried myself on a warm laundered towel and changed into cool dry and fresh clothes and sat drinking coffee and looking out over the river to the library, the March weather turning both cool and warm air currents colliding over the town into a pleasing, mysterious fog.

A week had passed, along with it my 52nd birthday. In my feverish state on that day, I remember being unable to write (and alone because my grown up children live at home but had plans of their own which didn’t include their ailing father) and it came back to me. I spent my birthday making an album of vintage synthesiser re-workings of Claude Debussy’s “Children’s Corner”. Ahem. Wow.

Yes I know, what curious glitch of my poor overheated cranium made me think that would be a good way to work off the fever? Folly! But listening back to the recordings I was astonished to find them quite good. I sequenced them using MIDI files of piano performances, to avoid my own fumble fingered playing ruining the thing, and rendered the performances on vintage synthesisers (or computerised simulations) and arranged and mixed them, and the results were very satisfying. If you are curious what the flu doing the rounds at the moment does to a creative man’s brain, go here to archive.org and download for free and listen for yourself. I even designed a cover to look like an old vinyl LP. A pretty productive day considering I was in truth half dead.

Ok it was a bad idea as I suffered for it painfully later on for not resting fully. I’m sure it added another couple of days to the fever. But it’s interesting to me where the mind goes when in retreat.

But where did the idea come from? I recall I watched a video at one point which had the (definitely non-PC these days) Golliwogg’s Cakewalk as the soundtrack and it set me off. What was that tune? Then I found out it was Debussy and that it was part of the Children’s Corner Suite historically commonly played for children. Of course then, I was played it as a child in school in the early 1960s. A scratchy old record. Along with Saint Saens and Peter and the Wolf and John Philip Souza’s Liberty Bell. So many memories…

So it was my birthday, and that always sets off all kinds of childhood memories, even when I don’t have a temperature of 101. Then I remembered Wendy Carlos and her “Switched on Bach”, and the vinyl records of those I had just last week found and played. And the weird old Nonsuch Guide to Electronic Music that had been such an ill advised piece of flu inspired entertainment earlier in the week. Surreal blips and blops in my ears while I slept.

But then it came to me, inspiration! I would make an album of music in the style of Wendy Carlos, but based on what music? The Debussy of course…

Well, that’s how I got there. I know it doesn’t make sense, but then inspiration NEVER does, only maybe internal sense. And in mitigation neurologically speaking I was impaired, the brakes were off in any of the usual ways I stop myself free associating. And as someone who just finished writing and recording a course in how to access your consciousness to improve your creativity, this should have come as no surprise to me. But hey cut me a break, I was ill.

Hope you enjoy the Debussy as much I enjoyed making it while off my trolley.

That’s enough music, next time I promise there I’ll be back up to strength and we can talk more about writing and how to turn yourself into a creative genius.

See you next time.

I am a writer, filmmaker and teacher based in South Wales. Not from these parts but the natives are friendly. This blog is all about creativity in general and writing in particular.